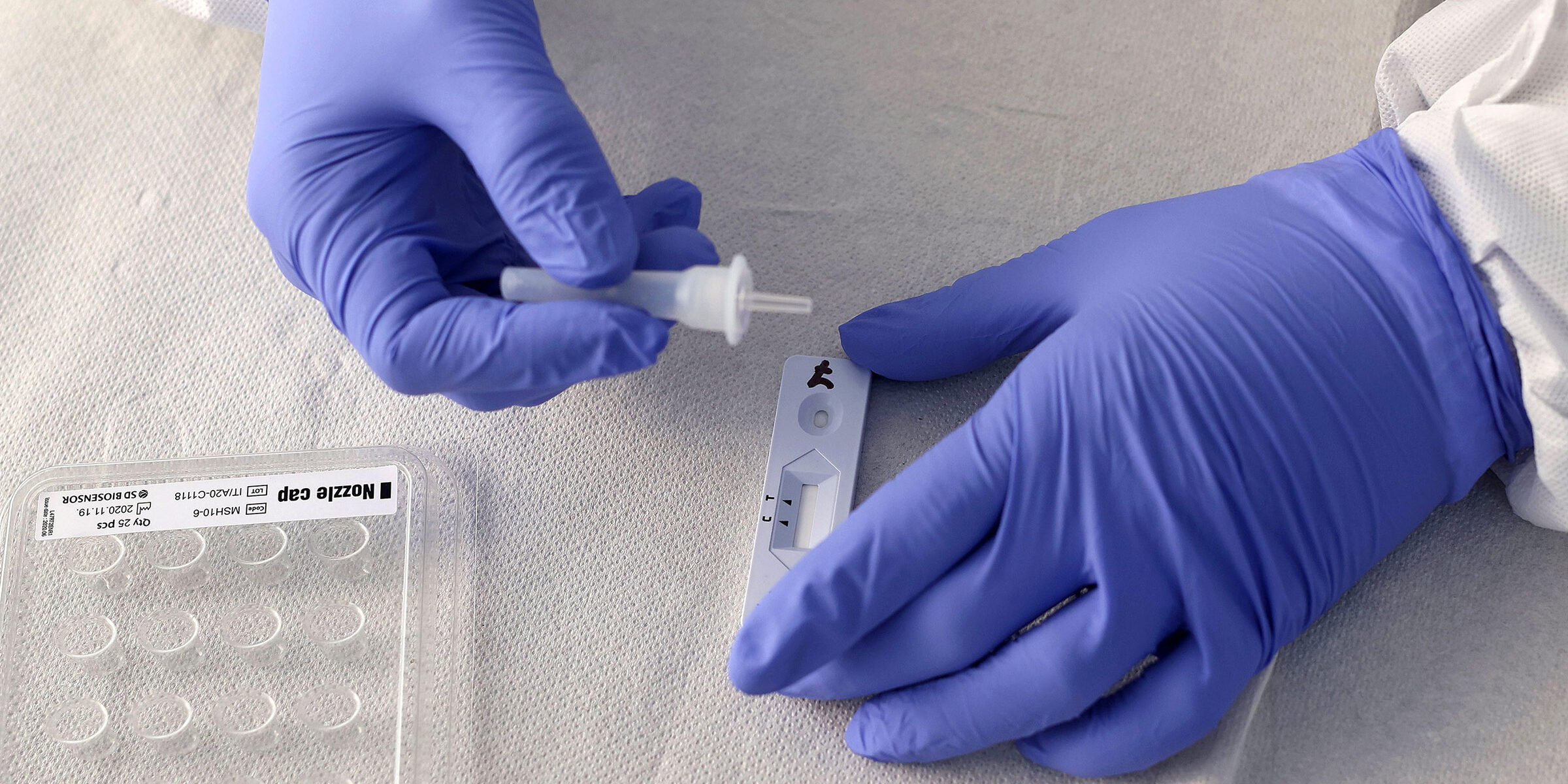 There are two kinds of rapid tests – molecular tests, including PCR, which are considered to be the gold standard of molecular diagnostics; and rapid antigen tests, which detect proteins of the virus. Proponents of rapid tests say these diagnostics can be utilized to quickly screen individuals as businesses and society continue to re-open. Airlines already are already employing rapid tests to screen passengers for flights.

When looking at the antigen tests, the independent research group Cochrane, a collaborative of researchers and health professionals from 130 countries, found the were best used within the first week after someone began experiencing symptoms. In those conditions, the tests correctly identified 78% of people with Covid-19. Overall, when used to test among people who were symptomatic, rapid antigen tests positively identified 72% of people who had Covid-19.

When the antigen tests were used among people who were asymptomatic, the tests were much stronger at ruling out infection than identifying it. The tests correctly identified a negative Covid-19 finding about 99% of the time in people who just had Covid-like symptoms or no symptoms at all. However, when tested among people with a positive Covid-19 diagnosis, the rapid antigen tests only identified them correctly 58% of the time.

The reviewers also found a wide discrepancy in accuracy among the tests – ranging from 34% to 88%. The WHO’s minimum standards require a test to identify at least 80% of people with an infection and 97% of those without an infection. The SD Biosensor STANDARD Q and the Abbott Panbio antigen tests were identified as the two most accurate tests reviewed.

When looking at the rapid PCR tests, the researchers found that on average they positively identified an infection 95% of the time, and correctly identified a negative diagnosis 99% of the time. However, the researchers noted that there were limitations to these findings, because most of the studies evaluated looked just at the Abbot ID Now and Xpert press rapid PCR tests. There wasn’t enough data to evaluate when the tests were most precise relative to symptom onset.

The Swedish COVID-19 Response Is a Disaster. It Shouldn’t Be a Model for the Rest of the World
14 October 2020
Recent posts
Go to Top